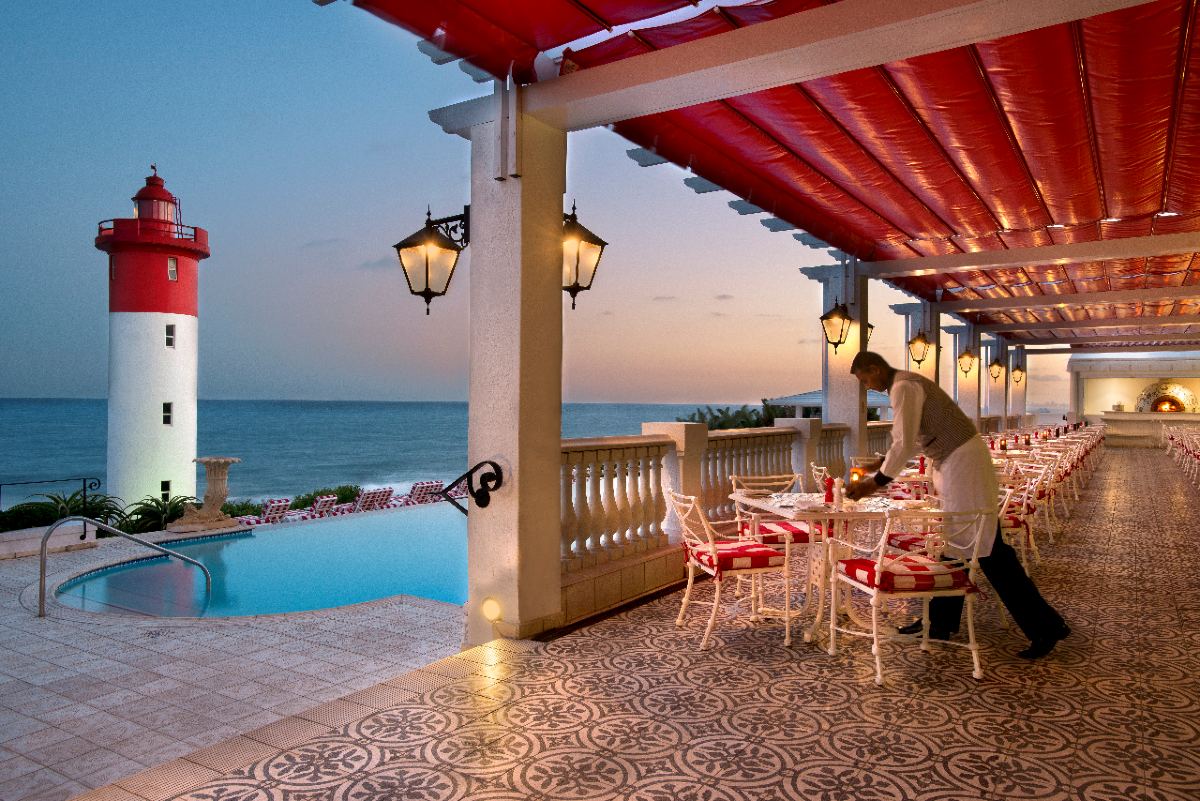 The oft-honoured Oyster Box Hotel has done it again, this time taking a top spot in the Travel + Leisure World’s Best Awards. Readers of the international travel magazine voted the Umhlanga establishment into first place in the award’s Top 5 Africa Resort Hotels category.

And the same awards placed The Oyster Box in 21st spot in a glittering list of the Top 100 Hotels in the World, one of only a handful of South African hotels.

The awards, now in its 25th year, is based on a survey of readers who share their thoughts on their favorite hotels, islands, tour operators and more.

The magazine made the results public on 8 July.

In a note on the winners, Lila Batti, a Travel + Leisure editor, said readers raved about the seaside location and top-notch food.

“The curry buffet (a nod to Durban’s Indian influences) and afternoon high-tea service are perennial favorites, but the Chef’s Table option ‘tops it all,’ one survey respondent wrote. Another summed it up: ‘Balcony over the ocean waves? Wonderful. Bed? Wonderful. Service? Superb. It was a joy to be there!’,” said Batti.

The win capped a red-letter day for owners, The Red Carnation Hotel Collection, an international family-owned group with its roots in South Africa.

In the same awards, its Ashford Castle was named No. 1 Resort Hotel in the United Kingdom and Ireland.

The Red Carnation Hotels Collection made fourths spot in the Top 25 Hotel Brands in the World. And its Milestone Hotel & Residences, in Kensington, was number three in the Top London City Hotel category.

Jonathan Raggett, managing director of The Red Carnation Hotel Collection, told of his pride at the achievement. He praised the group’s hard working teams and paid tribute to president and founder, Bea Tollman.

“The Oyster Box is incredibly proud to be able to carry the flag for South Africa and Africa at this year’s award.  It comes at a significant time, as The Red Carnation Hotel Collection celebrates its own milestone in 2020, with 100 years in hospitality, starting in South Africa and now encompassing 20 hotels worldwide,” said Liebenberg.

She said the hotel was looking forward to welcoming guests back soon.

The survey for the awards closed on March 2, shortly before Covid-19 halted leisure travel in much of the world.

The Oyster Box has long been regarded as one of South Africa’s finest hotels. It took the trophy for best five-star hotel, at the national Lilizela Tourism Awards, in November — the fifth year in a row.

This was in addition to a number of top places in surveys run by the influential TripAdvisor portal.