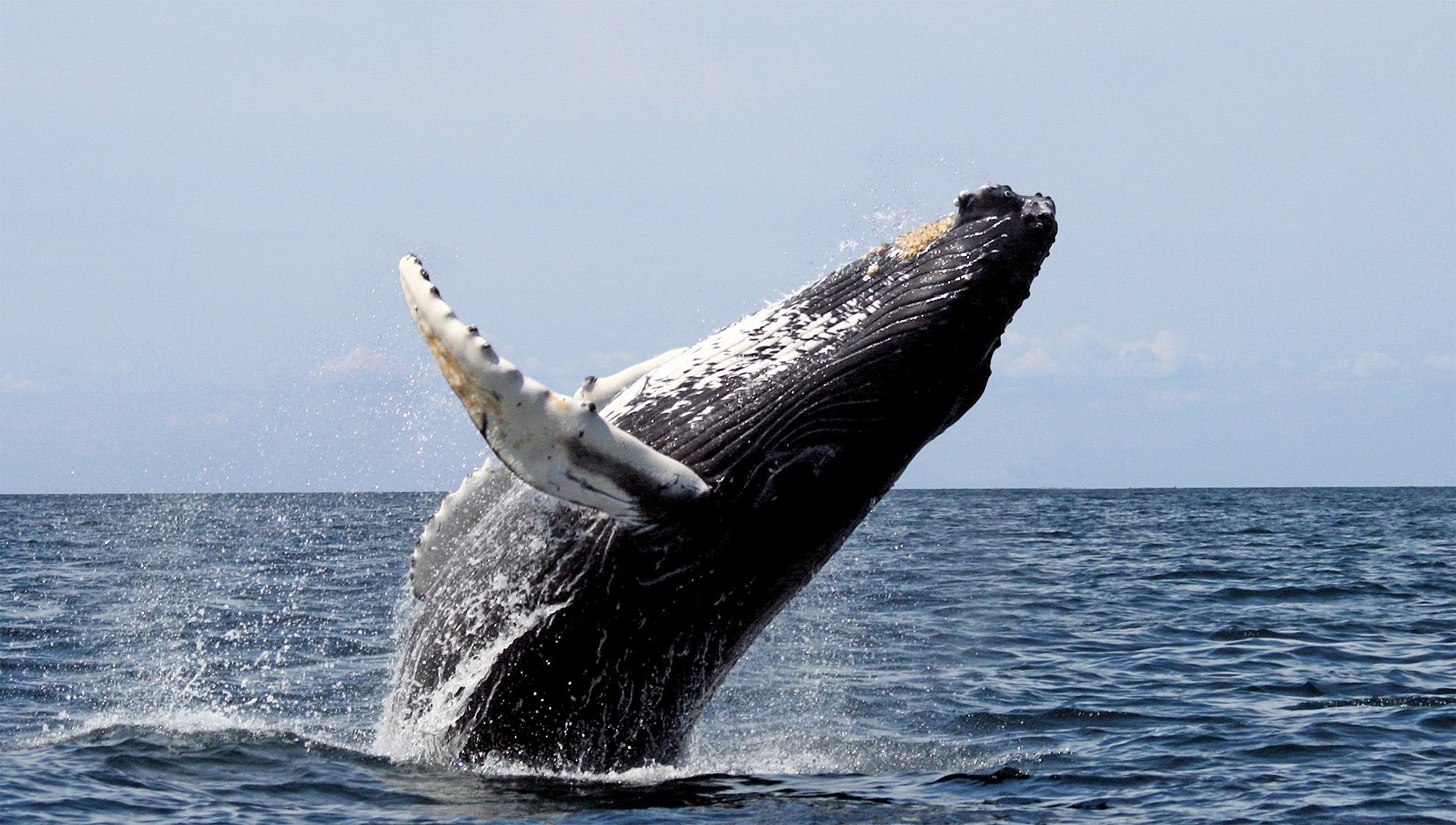 And so we bid farewell to a much loved visitor to these shores. Every September and October, humpback whales (Megaptera novaeangliae) begin leaving the East Coast of Southern Africa to return to their summer grounds in the Southern Ocean, where they feed on the rich abundance of small fish and krill, a shrimp like crustacean.

Geremy Cliff, a marine biologist and recently retired KwaZulu-Natal Shark Board head of research, said now was a good time for whale watching in Umhlanga and KwaZulu-Natal (KZN) generally, as the giant mammals begin heading down the coast on their southward migration.

He said humpbacks spend the Southern Hemisphere winters in KwaZulu-Natal waters, where they come to mate and calf.

“Males will put on these impressive displays. They launch their bodies out of the water or slap their tails and flippers on the water surface,” said Cliff.

It’s thought they do this to attract a mate.

The females carry their young for 11 months, returning to KZN to give birth the following winter.

Cliff said the young were suckled for about a year and the females calved every two or three years. The calves are about 4-5 metres long at birth, with adults reaching 15-18m.

In the past it was thought humpbacks headed further north, to Mozambique and Madagascar, on their migration but research has shown that a portion of the population spent winters off KwaZulu-Natal.

Humpbacks generally do not come closer than 0.5 kilometre from the shore, said Cliff, while the southern right whale (Eubalaena australis) – a less common visitor to our shores – often comes very close, sometimes just behind the breakers.

Another way to tell the species apart is by the absence of a dorsal fin on a southern right (you would need to be in a boat to see this). It was more squat in appearance than a humpback, with the latter also having much longer flippers, up to 5 metres long.

Humpbacks, unlike southern rights, often have a near-white coloured underside and are the most vocal of whales — although you would have to be diving to hear them, said Cliff.

Their songs  can be heard many kilometres away. And while you out there, under the sea, you might even be lucky enough to spot one standing on its head – suspended, as it were, nearly vertically with its tail clear of the water surface.

“It’s quite impressive,” he said.

Cliff said it was surmised that they do this to cool their bodies. Humpbacks have thick blubber and are comfortable in the icy cold (below 10C) waters of the Southern Ocean, so might find the 20C+ temperatures off KZN a touch on the warm side, he explained.

The good news for whale watchers was that the population of humpbacks has recovered to near the pre-whaling levels. Some 10 000 were thought to visit this coast annually, of the 30-40 000 humpback that winter in the south-west Indian Ocean.

Cliff left the Sharks Board at the end of June after reaching the mandatory retirement age of 65, but remains engaged in his field and is an avid waterman.

“I love the sea, I do a lot of diving,” he said by phone from Cradock, in the Eastern Cape, where he was about to compete in the Hansa Fish River Canoe Marathon, from 27 to 28 September.

Humpbacks were, of course, never the main focus of the board’s work, but Cliff noted that they do occasionally become entangled in the board’s nets. Whales also die of natural causes and a dead whale will attract packs of large sharks which come to feed on the oil-rich blubber and therefore pose a risk to bathers if the carcass washes ashore.

The KZN Sharks Board is at 1a Herrwood Drive, Umhlanga, and is a tourist attraction in its own right. It’s open to the public Monday to Friday.

There are six shows a week, which includes a visit to its museum and an audio visual and shark dissection show. The shows are at 9am and 2pm on Tuesdays, Wednesdays and Thursdays. It’s also open on the first Sunday of the month at 2pm.

The board also offers early morning boat trips, where you get to watch its staff in action servicing shark safety gear off Durban’s beaches and to take in the views.

Trips take place from Monday to Friday and include the audio visual and shark dissection show. Call or message +27 (0)82 403 9206 to book a boat trip. B

ookings for the shark dissection are not necessary, but morning shows are usually frequented by school groups, so the afternoon show is less crowded.

Click here for details of daily boat trips, including whale watching and dolphin spotting, from Wilsons Wharf in Durban Harbour.